Based on several analysis, here is the overall trends in advertising spend and breakdown between traditional and on-line (TV, radio, print, outdoor, online), and how this is expected to evolve in the next few years .

– Unlike spending on all other major media, online advertising spending increased, growing 2% to $55.2 billion. This year brought a return to double-digit growth, with online ad spending set to reach $61.8 billion worldwide in 2010.
– For developing markets (USA, Western Europe, Japan), advertising spend should grow by 1,3%, and 8,6% in emerging markets.
Worldwide advertising market should grow up to 4,5% in 2011 and 5,3% in 2012
– By 2014 eMarketer forecasts that figure will leap to $96.8 billion, growing at an 11.9% compound annual rate, despite the slow, uneven and fragile global economic recovery. These rates will be unmatched by other media.
– IAB Europe requested a survey on 23 european countries showing that online advertising represents € 14,7 billion in Europe (vs € 16,3 billion in US).
A new forecast predicts massive growth in ad revenues this year.  Overall the Borrell report, “The Social Networking Explosion: Ad Revenue Outlook” has social network ad spending increasing 68% from $4 billion in 2009 to $7.5 billion in 2010, then continuing to grow every year to about $38 billion in 2015. The 2015 figure will represent approximately a third of all U.S. online marketing spending. According to the report, 2009 ad spending was divided roughly in two: half coming from local advertisers, the other half split between national brands.
– Mediapost also references a report from eMarketer, released in December 2009, that estimates social network ad revenues in 2009 at $2.2 billion, a little over half the Borrell estimate. Even factoring in another third for the additional spending which Borrell says go to promotions (not advertising), that comes to just $2.9 billion, still significantly lower than the figure predicted by the Borrell report.
According to Facebook CEO Mark Zuckerberg, Facebook might make $1 billion in advertising in 2010, up from about $800 million in 2009. The separate (December 2009) figures from eMarketer have MySpace revenues at $465 million in 2009, decreasing 23% to $360 million in 2010. Twitter execs forecast $140 million in ad revenue in 2010, while Classmates.com had about $80 million in ad revenue in 2009 and is on course for similar performance in 2010.
Forrester Research has released research results projecting that social network marketing spending will increase to about $55 billion by 2014.  The interactive portion of total marketing spending is projected to grow from today’s 12% to 21% of all advertising spending in the same period.

According to MarketingVox, the report shows that interactive social network marketing will continue to grow and is projected to grow by 34% growth rate by 2014. Search marketing will maintain its lead in terms of total dollars spent, but will grow at a slower rate of 15%.

Forrester also is projecting that overall ad spending will be declining as more dollars are shifted into lower cost interactive social networking channels and marketers continue to watch their spending. Marketers will be getting far more bang for their marketing dollars using social network marketing tools.

Here are a few points from the 6th SEMPO Search Engine Marketing Report ( an outcome of an online survey of almost 1,500 client-side marketers (advertisers) and agency respondents, from across 68 countries):

– As per the report, the North American search engine marketing industry has grown by 8% (from $13.5B in 2008 to $14.6B in 2009) and is projected to reach a value of $16.6B in 2010, an anticipated 14% growth.
– Companies continue to channel money into search engine marketing, moving away from direct mail (36%), conferences and exhibitions (24%), web display advertising (23%), and mostly from print advertising (49%).
– Google continues to be the dominant search engine for paid advertising, with 97% of companies paying to advertise on Google AdWords, 50% use Yahoo! Search (on decline since 2008) and 44% use Bing.
In fact, 71% of companies advertise on Google search network, while 56% use the Google content network (keyword targeted).
Talking specifically of the organic SEO industry, here are a few positive signs:

Given that economy as a whole has improved over the last year, it is no surprise that PPC is poised to grow at healthy rate too.

Here are a few indicators:
– Companies expect to spend 37% more on paid search in 2010 (38% for North America)
– 50% of the companies surveyed expect to spend more on paid search in 2010
– On a side note, proportion of companies (53%) not using a third party bid management technology, relying on search engine tools and Excel, for paid search marketing has decreased from earlier 57%
Social media, which is a new addition to the survey promises to be an interesting segment to watch. Data from the report suggests that growth will be slow and nothing spectacular is expected soon.
– 73% of the companies had a budget of less than $25,000 for social media marketing in 2009. 23% had no budget for this at all.
– Measurement of ROI is a major concern for 63% of the companies when it comes to social media. The related figures for SEO are 42% and 43% for PPC.
– On a brighter note, three quarters of companies are using Facebook (74%) and Twitter (73%) to promote their brands or companies.
– The number of companies investing in organic SEO has remained steady. In fact, the projection for total business has gone up quite positively. But even then, more than half of the companies (51%) are spending less than $25000 a year on SEO. The corresponding figure for PPC much lower at 31% only.
– When it comes to proportion of SEO budget spent with agencies, 43% of companies do not spend any of their natural search budgets with agencies.

It seems that the allocated budget for SEO by companies might go up in 2010. 52% of the companies expect to spend more on SEO in 2010 than in 2009. Only 9% companies will shrink their SEO budgets.

Video advertising, which is more and more used on Social medias, is the fastest growing advertising format online. Video will become the third-largest online ad format by 2014. By 2014, eMarketer estimates that video will account for 15 percent of total online ad spending, and nearly 9 percent of total TV ad spending.
The pace of growth for online video ad spending is expected to remain around 40% for 2010—the same rate of growth as 2009. A full 94% of advertising executives plan more spending in 2010 for online video ads than ever before.  In the previous year’s, that number was 87%. More than 50% said video was the most effective form of advertising—heck, 83% said they were getting more value for their dollar than just one year ago.
Part of the reason for advertisers flocking to online video in great numbers is a turnaround in one key area:  targeting.  For years, online video’s inability to accurately target viewers with ads based on demographic information was its Achilles’ heel.  But in the past year, the online video industry has regained the agencies’ trust by turning that particular lemon into very tasty lemonade—agencies now see the targeting capabilities of online video to be its greatest asset. We already know viewers are willing to tolerate more ads than they’re being served.  And now we have ad agencies that have gone from skeptic to convert in 12 months and are now trumpeting the effectiveness of online video ads. And according to new reports from Bloomberg, the number of advertisers on You Tube videos has increased tenfold in just the past year. So, ad spending for online video is on the rise, and will continue to rise : YouTube viewers watch nearly 100 videos each on a monthly basis and increased advertisers by 1000% in one year.
The largest segment of video viewing went to Computer, Technology and Games with 34% but the combined Entertainment category was right behind with 33% (Animation, Movies, TV and Music). In the combined Entertainment group, 40% of the streams were movies, 29% music videos, 22% TV and 9% animations. 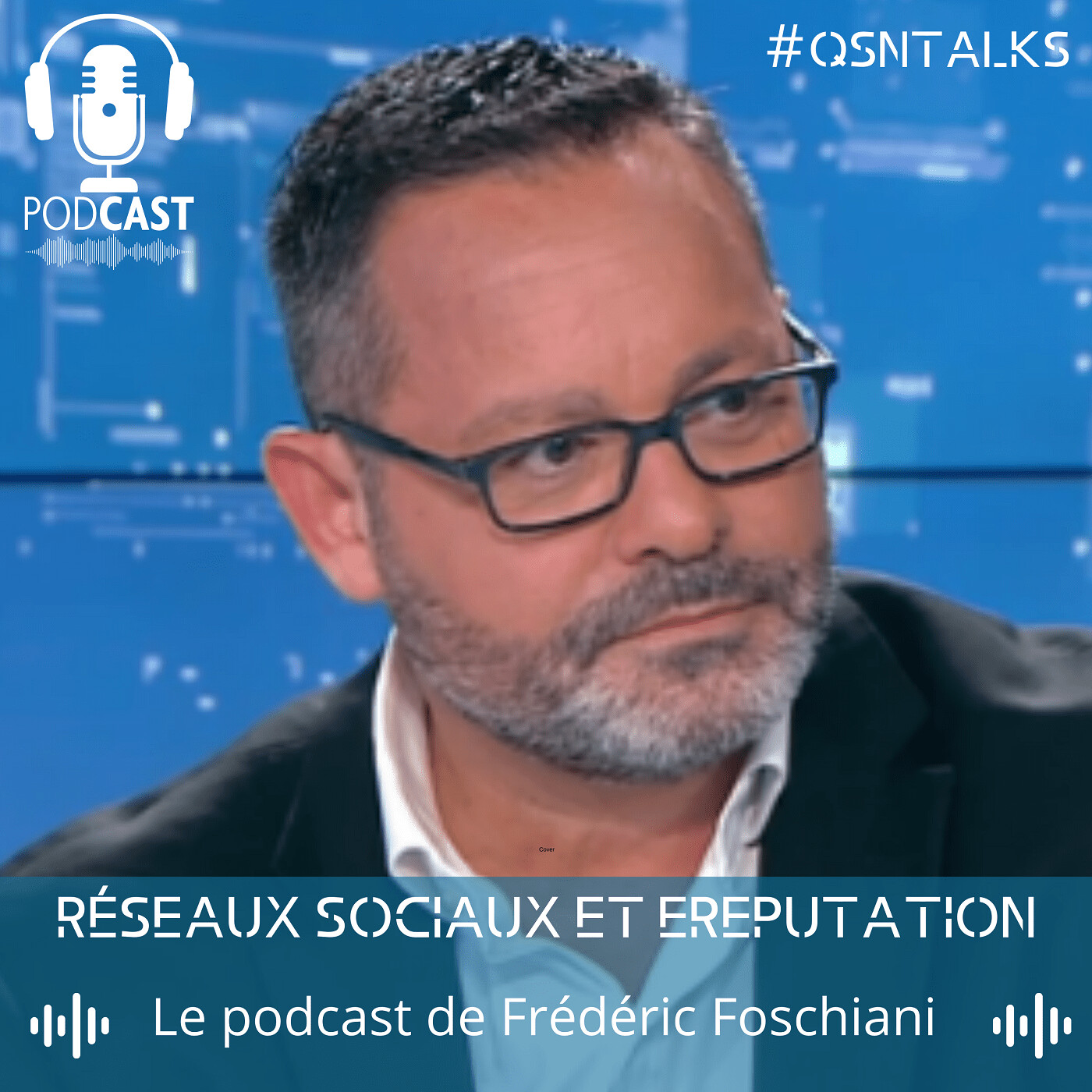